The LG G4 may be slightly larger than the Samsung Galaxy S6, but both smartphones were released in a relatively similar time span and they’re the very best Samsung and LG have to offer at the time of writing. We’ll be taking a look at what things make the LG G4 and the Samsung Galaxy S6 tick so that we can make a comparison of the two.

Both the LG G4 and the Galaxy S6 have a nice design, but they offer two different approaches - you have to have a certain taste to prefer one smartphone design over the other.

The LG G3 was the best handset LG had ever released, but fast forward a year and we now have the brand new LG G4. As a successor to the G3, it’s easy to assume that the G4 is a far superior handset, but if you owned a LG G3, would it be worthwhile to upgrade to the G4? We’ll be finding an answer to this question in our review below.

At first glance, the LG G4 really doesn’t look much different to the LG G3. However, with a closer look you’ll notice the differences. Firstly, the LG G4 is taller, heavier and thicker than...

It always feels fitting to match up Samsung against Apple - they’ve been bitter rivals since the beginning of the smartphone war, but there are so many other great Android manufacturers that now have a say in the battle. The latest phablet from LG, the LG G4, would be a very worthy contender against the iPhone 6 Plus, but which device comes out on top?

The iPhone 6 Plus is perhaps the most slim-lined, elegant iPhone yet, and whilst previously concerns around the durability of the device were shouted across the internet,...

Both the LG G4 and the HTC One M9 are LG’s and HTC’s latest flagship offerings for 2015 and they both offer a different flavor of the Android pie. Which one comes out on top? Is this a question that can have a true answer? We’ll be taking an in-depth look to find out where each device excels below.

Here’s an interesting match up. In the past, the HTC lineup was often compared to the Galaxy lineup - in previous years, the Samsung Galaxy devices offered a cheap-feeling build quality, whilst the HTC M range had the highest...

LG has just released it’s third successor to the LG Optimus G and there’s no denying that the smartphone has come a long way. Every top smartphone manufacturer has now started to take their own routes with build design, hardware features and software and the LG G4 has never been so far from the crowd.

There are plenty of unique features that make the LG G4 great, but there are also some additions that smartphone users will feel a familiarity with. In this review we delve into what makes the LG G4 tick.

It’s a clear fact that the LG G2 Mini is aiming to be one of the best of its compact class, closely competing with the Samsung Galaxy S4 Mini.

It is very well thought for its capacities, competing with the flagship in many aspects and being available for a nice price. To get unlocked your LG G2 mini please click here and for Galaxy S4 mini please visit here!

Its most important features include a 4.7” qHD screen with Gorilla Glass protection, a Quad-core 1.2 GHz Cortex-A7 CPU and Qualcomm Snapdragon 400 as a processor, an 8MP...

LG G2 vs HTC One Review and Specs

We are witnessing yet another battle of premium flagship smartphones. This time it’s the newest LG G2 that challenges the king of smartphones HTC One. Can the new contender outclass the HTC One, one of the most favorite handsets of 2013? The LG G2 is definitely well-equipped and has many new perks. Let’s see if it can really beat HTC’s wonder kid.

There are just a few smartphones that can match the build quality of the HTC One. The LG G2 shows good effort, but HTC One still has a better finish with its rock-solid... 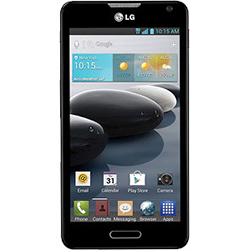 The flagship LG G2 got all the attention lately as being the best of the best that the Korean manufacturer has to offer. And it’s due to reach stores later this month. But T-mobile announced that the new mid-ranged LG Optimus F6 will also be available this month. It was released just earlier this week as an exclusive T-Mobile handset, along with the G2 and Optimus F3.  74VJHRGPZX9S

The Optimus F6 may just be second-best to the G2. But it could also be a great choice for those looking to buy a premium quality phone on a budget. And with... 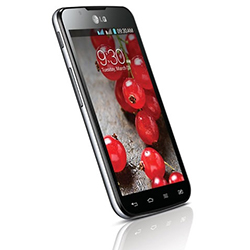 The LG Optimus L7 2 is a mid-range Android phone that comes with reasonable hardware, a 4.3 inch display, and an affordable price point. The device is also packed with a huge battery, and there is both a dual SIM and single SIM version.

LG is like Samsung’s jealous next door neighbor. Samsung has managed to top more sales than the iPhone, turnt Android fans into Samsung fans, and stopped Windows Phone from taking a top spot among iOS and Android. What’s not to be jealous of? However, instead of LG trying to compete with that by... 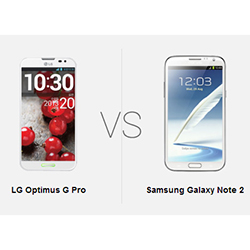 The phablet world has been overrun since the Galaxy Note 2 came in and received a huge amount of success. Of course, the first phablet that made it to mainstream markets was the Galaxy Note, but it took Samsung to release the 2nd Galaxy Note 2 to make the smartphone industry and everyone involved realize that Samsung were serious about phablets, and they are here to stay.

Since the Galaxy Note 2, we’ve seen a few phablets pop up, but the most interesting that’s available right now has got to be the LG Optimus G Pro, but what phablet is...