The Samsung Galaxy Tab S versus the Apple iPad

The Samsung Galaxy Tab has been launched last week as a direct competitor to the Apple iPad, also coming in two different sizes.

Comparing the two tablets and their variations, we can notice that the iPad Mini and the standard 9.7” iPad have the same display resolution, processor and storage space as the Samsung Galaxy Tab S, although the sizes differ. Are you a Samsung fan? Learn here how to unlock your Samsung phone!

For a better comparison and a clearer view on the specs and differences between the two, here they are,...

The Best Smart Phones and Tablets of CES 2014 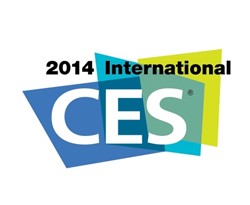 The Consumer Electronic Show of 2014 demonstrated how huge and surprising the world of technology has become. For all the techie passionate it was a real heaven to be the first ones to test smartphones and tablets, to walk from one cool gadget to another cool gadget. Of course, not all the consumer electronics were spectacular or innovative, only a few of them stood out from the crowd, so we decided to point them out as follows.

A very efficient tablet in what concerns productivity, the Galaxy Note Pro has a 12-inch...