HTC One M9 vs Samsung Galaxy Note 4: Which is Best?

If you can’t decide between the HTC One M9 and the Samsung Galaxy Note 4 then you’ve come to the right place. In this comparison article, we’ll be taking both devices together to bring you a comprehensive review across various categories. At the end of this article, you should have a much better idea about which device is right for you. Detailed instructions to unlock your HTC One M9!

The Note 4 was a big step for Samsung towards making a more prominent flagship lineup when it came to build quality, but it just doesn’t...

Whilst Apple has started to stray from their well worn path to create a more unique device with the iPhone 6, HTC are still keeping true to the One series, and the M9 looks incredibly similar to it’s precursor. However, there are a number of changes, both internally and in the software that make the M9 a notable upgrade from the M8. But how does it compare to Apple’s newest flagship, the iPhone 6? In this comparison, we put each device head to head across various different categories.

You may be shocked to hear me say this,...

According to the release scheme from the previous two years, we are expecting HTC to release the new HTC One (M9) in 2015 and it seems that, according to some rumors, it will be released alongside the M9 Prime in the first quarter of the year. To get unlocked your HTC One please click here.

One trusted source of leaks has stated that the new M9 flagship won’t keep this naming pattern, which will actually be changed for the whole HTC series. What the change will be about we don’t know yet.

We can only speculate related to the new naming...

Android 4.4.3, now on the original European HTC One

The 2013 HTC One is currently receiving a new update, to the new Android 4.4.3 operating systems, after its brother the HTC One (M8) did the same. To get unlocked your HTC One please visit here!

This update has already started to take place in some parts of Europe, beginning with Slovakia and Romania, being available for both career and unlocked smartphones. You can unlock your smartphone here.

Another thing that HTC decided to do is to include the security fixes from Android 4.4.4 into the 4.4.3 update, so this will be the latest upgrade...

After having a boosting profit due to the HTC One (M8), the company wants more and is currently preparing the strategy for the end of the year.

Rumors say that this fall we’ll be witnessing an HTC phone enhanced for selfies, a high-end Butterfly 2 smartphone and also some new Windows Phone apparitions. To get unlocked your HTC One please click here!

The selfie phone is called “Eye” and it seems that it will have a front camera for the selfie addicts, rumored for release around the fourth quarter of the year.

We thought it would be an inspired idea to take the last flagships smartphone launched in 2013, the LG G2 and one of the first ones to be launched in 2014, the HTC One M8, and put them into balance, because they are both amazing gadgets that need to be showcased at their best possibilities.

Although you might tend to say that the HTC has clearly more advantages because of the improvements in hardware, you will be surprised of how well the LG G2 is prepared.

When it comes to the appearance, the battle between plastic and metal is... 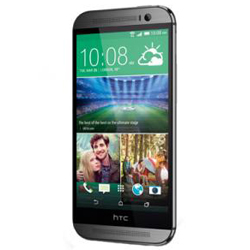 Leaks about expected smartphones always come out from different sources, most of them uncertified, because people are curious and impatient. This time we have some leaks regarding the new HTC One from an official source, the Chinese wireless service Tenaa.

5 Cool Icons for the New HTC One

Want to hold the beauty of the HTC One but don’t have enough money for it right now? Whilst you can’t get the sleek build quality of HTC’s new handsets, you can still change a few things here and then on your own phone thanks to the amazing open operating system Android.

Android gives owners the freedom to make their handsets look how they want them to, and with a few tweaks, you could be striving for the same beauty that is found on the HTC One.

One way to get such a beautiful operating system and home screen on Android is to change... 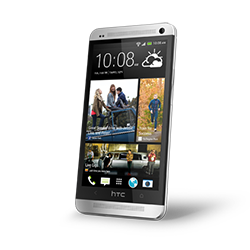 After only being out on the market for a short time, the international version of the HTC One has now received an update to Android 4.2.2. The update will also slightly change Sense 5.0.

Some of the changes include; being able to long press the home key to get the menu key, the app drawer has been updated, a new daydream screen saver has been added, you will now be able to show your battery percentage on your notification bar by going to settings, then power and then battery level, and you can also tweak Android native sound profiles through... 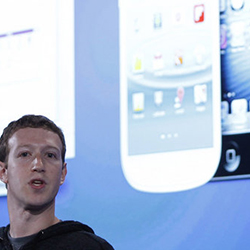 Want to bloat out your new 2013 phone with the Facebook Home interface but don’t want to spend money purchasing the HTC First? Well now you can, as Facebook has just given support for the Galaxy S4, HTC One and Sony Xperia ZL.

Although Facebook Home was already available for last year’s big smartphone players such as the GS3 and the HTC One X, it’s only taken over 1 million downloads of the app for Facebook to realize that they forgot support for the new 2013 flagship handsets.

The new Facebook Home will act as a launcher and replace...