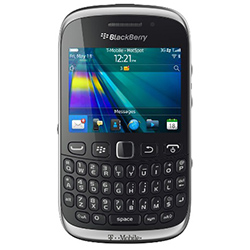 On the eve when RIM’s highly awaited new Blackberry 10 gadgets were announced, we got their cutting-edge smartphone for T-Mobile with the OS 7.1, the Blackberry Curve 9315.  Basically a variation of the Curve 9310, its shelf price is $49.99 on-deal; however the question that persists is whether one should pick it up realizing what it has to offer.

The Curve 9315 designed, for T-Mobile, is very much similar to the Verizon’s model of the Curve 9310. Contrast to its antecedents, this is perhaps one of...