Two of the giants of the present Android smartphone world could be put together in a ring and prepared for an imaginary battle of features.

The Samsung Galaxy S5 and the Sony Xperia Z2 can measure their strength in their screens and their cameras mainly, but in all their other features also.

Here is a detailed comparison of the two opponents showing in which characteristics one is better than the other.

The advantages of the Galaxy S5

-    A better screen, with better visibility in the sunlight and more accurate colors
-    More...

Five Things You Can do with Your New Samsung Galaxy S5 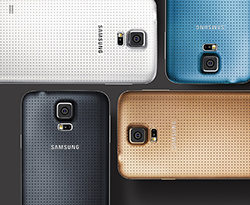 Ever since its launch at the Mobile World Congress, the Samsung Galaxy S5 has been a constant topic of discussion in the world of gadgets and smart phones. It has been both praised and highly criticized due to its less-than-expected features, but in spite of that it is still a really good smart phone that deserves a lot of attention.

If you are still pondering whether to upgrade to the new S5 or not, here are five awesome things that you can do with it, to make your decision easier.