Here we have a bunch of icons you can use with your phone to make it look even better, and appear even smarter. Facebook Icon, the Voice mail icon, and a few others as well.
After downloading the icons, you can use them on your own phone to give it an extra ‘flair,’ adding a sense of style to your own personal smartphone.

Icons can play an important part on your smartphone- you use them every day to access the apps you use, and at times the icons can look unappealing and ugly, and when you use your phone often, this is something you will...

Rumors - Samsung Galaxy S5 May Have an Eye-Scanning Sensor 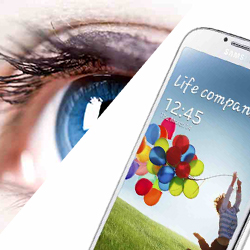 Over the past week some new rumors about the specs of the upcoming Samsung Galaxy S5 appeared. Is possible that the next generation of Samsung Galaxy smartphone to come with and eye-scanning sensor.

This new feature will give to the users the opportunity to unlock their smartphone with their eyes.

From what is believed, although there is no confirmation until now, Samsung is already working hard on the bit of high-tech security.

If all these rumors will become reality, the new Samsung Galaxy S5  will feature significantly higher-level...

As we all know, rumors about the appearance of curved screen phones started few years ago and it seems that after this period of development, curved screens devices are finally ready to come to market next month.

According to Samsung executives, the company plans to introduce in October for the first time a curved screen smartphone.

Although we all wanted to know more information, but Samsung representatives have declined to provide further details regarding the price, operating system, and the exact date of release. 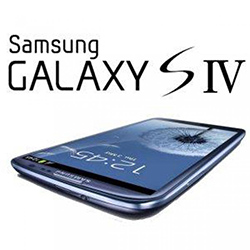 If you’re the kind of person that carefully chooses what handset to buy then you may be a little disheartened to hear the woes of some Galaxy S4 users who have complained about the boiling temperatures that the Galaxy S4 is outputting.

According to some reports from users, the Galaxy S4 has exceeded temperatures of 50 degrees Celsius (or 122 degrees Fahrenheit) making it extremely uncomfortable to hold in the hand or up against your head whilst in a call.

Process heavy tasks like playing games or watching videos are the main culprit of the... 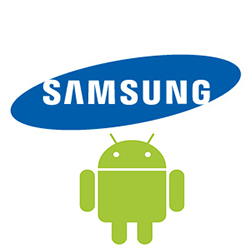 It doesn’t come as surprising news that Samsung had a massive 26.6% share of the global smart phone and tablet market in quarter 1 this year, according to research firm Canalys.

We’ve heard a few Galaxy Note 3 rumors flying about this quarter, but none have been as interesting as SamMobile delve into even more details on the rumored 6” display that may find its way onto the Galaxy Note III.

According to SamMobile, the Note 3 will include a plastic OLED, making it the first of its kind in a market that has so far been largely taken up by glass panels instead of plastic. The plastic should be thinner than that of a glass screen, allowing the handset’s whole profile to be cut down a few millimeters, and... 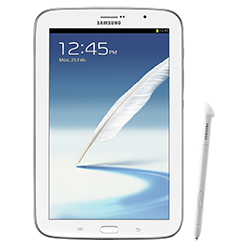 Although the Galaxy Note 8.0 was first announced back at MWC earlier in the year, it has been a while since we've heard from the tablet since. However, Samsung has just announced that the Galaxy Note 8.0, which comes with the S Pen, is now available for purchase at a specific Samsung Experience Store at Westfield Stratford City in London.

Samsung did say other locations will follow soon, but it seems pinpointing at this specific location is Samsung's way of getting attention to their new Samsung Experience Stores.

What Features Will Be Included on the Galaxy Note 3? 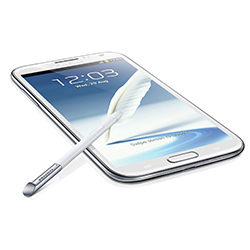 Of course, there’s no evidence that the Note 3 will come to actuality, but rumors have spread, and speculation states that the Samsung Galaxy Note 3 will be shown off at IFA 2013 at Berlin in September.

If the Galaxy Note 3 does show its face this year, what can we expect, and what features will make it a valuable purchase to the 2012 handset?

If the Galaxy Note 3 can improve... 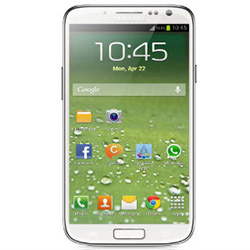 We all knew the Galaxy S4 mini was coming, and many rumors and leaks have been spread around since the Galaxy S4 was rumored to come out this year, but finally we have proof that the S4 Mini will be landing, thanks to a slip up from Keon Hyok, Senior Vice President at Samsung Electronics when talking to BusinessWeek.

Keon Hyok’s exact words were “the Galaxy S4 doesn’t come out until late April. It’s fast, has a big, bright screen, and will probably be another huge hit for Samsung, as will the S4 mini that will go on sale soon... 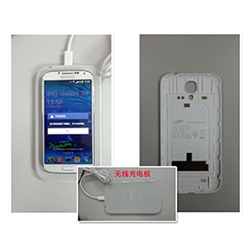 Wireless charging can be useful for a few reasons, but the Galaxy S4 doesn’t make use of the feature right out of the box, however it should be possible to change up the back cover and then stick it on a wireless charging device.

It seems we have a leaked image on the setup that Samsung may be offering, but unfortunately we don’t know the price or release date yet.

Here we have two images showing the back cover that can be attached to the Galaxy S4, and of course of the wireless charging device that can power up the Galaxy S4...